Because of a problem of telephone line, we can not currently accept the payment in credit card.

We're doing our best to solve the problem as soon as possible.

The Fier is one of the most important rivers in the Haute-Savoie region.

Just 10 km from Annecy, the river has carved out one of the most magnificent examples of erosion by running water, the Gorges du Fier, considered to be one of the natural wonders of the Alps. 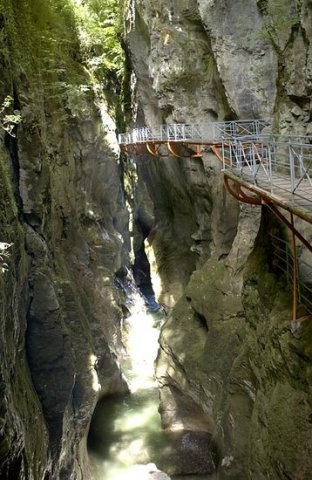 Venture deep into the giant gorge with the River Fier flowing at its base, and stop to admire the boulders stacked up high in all their shapes and forms. The play of light and shadow makes extraordinary faces appear along the length of the rock face...

Discover a multitude of Giants’ Kettles carved out by the river over thousands of years.

Halfway along the footbridge, a measuring scale on the rock face indicates the water levels reached in times of flood.

At the end of the canyon, a few steps take you to a dedicated display area with information on: 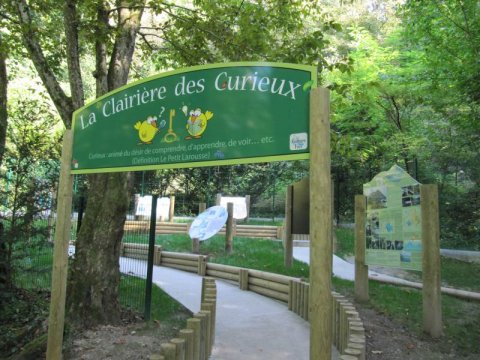 Moments images ... images for a few moments
Between Imagination and Ephemeral Discover our Imagi...Fier

At the “Mer des Rochers”, pause a while to read the tale of Diane, the knight and the page boy. The story took place many years ago, in the time of rivalry between lords... 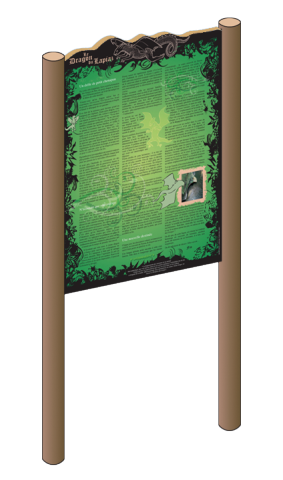 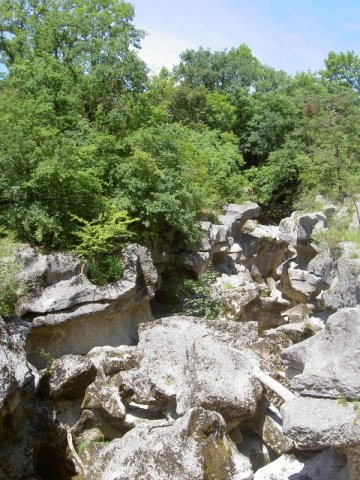 The "Mer des Rochers" is a vast lapies (a labyrinth of fissured rock, through which the River Fier gently flows).

Some of the geological attractions presented in the "Clairière des Curieux" are clearly visible (niches caused by convection currents, Kamenitzas, chaotic boulders etc.).

And to conclude your visit

At the end of your visit, a display room will provide you with information on: 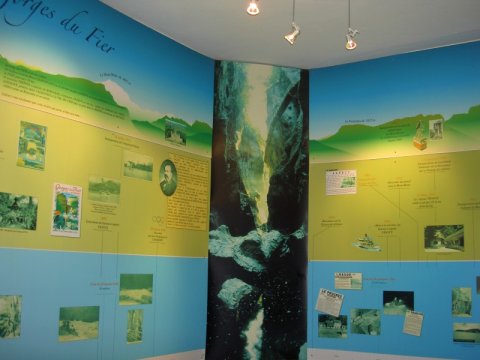